Previous Next
Cats Constipation - Everything you need to know

In this article, we will talk about cats’ constipation and everything you need to know about it (causes and how to prevent it).

First, what constipation is?

It basically means not pooping enough. So, a cat should leave you a little present in the litter box at least once a day.

The caveat of course is outdoor. Cats who refuse to poop indoors that is a special kind of challenge, like any medical issue things get complicated very fast but here’s a rule of thumb:

In cats, this is true probably about 70% of the time. If they have a candid getting constipated, they’re always dehydrated and that’s usually caused by kidney disease like chronic kidney insufficiency.

If your cat had a heat stroke or has been deprived of water for 24 hours, sure they could be dehydrated.
But most of the time cats with normally functioning kidneys don’t get dehydrated.

There’s a feline only exception to this and that is a genetic disorder that some cats get. That causes idiopathic constipation leading to idiopathic megacolon and megacolon does sound like a villain from a transformers cartoon.

But it’s actually a serious health condition and what happens in some small percentage of cats is a neuromuscular junction. That interfaces between the nerves that innervate the colon and the muscle of the colon degenerates.
The colon simply doesn’t get the signal to contract and so these cats just don’t feel the urge to poop. They get constipated and the way they can tell you have one of these cats is:
First of all, you rule out kidney disease with a blood test.
Second of all, you have a young cat who’s getting constipated or maybe an older cat who gets really bad constipation over and over again.

With their kidneys being fine and no obvious source of dehydration. So, this is a fairly rare issue but you should be aware of it most of the time.

So, cats are constipated vomit and it is in fact whenever a cat vomit it can be constipation as a possible differential. Because it is quite a common presenting complaint and often owners don’t even realize their cat is constipated.

I would really like you to take away from this article:

First, vomiting can be a sign of constipation and constipation can be a sign of further underlying disease. So, it should be taken seriously and it definitely warrants an investigation.
Of course, it’s also very uncomfortable for the cat so it needs to be taken care of. If you don’t take care of it fast enough it can actually cause damage to the colon and lead to more constipation events in the future.
Second, any cat that’s prone to get dehydrated but kidney disease and diabetes are probably the two chronic diseases that first come to mind and yeah, it’s a useful little thing to be aware of.

Get the best viral stories straight into your inbox!

What do you think?

Browse and manage your votes from your Member Profile Page 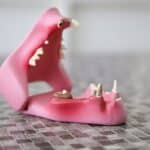 Back to Top
Close

Cats Constipation – Everything you need to know 

In this article, we will talk about cats' constipation and everything you need to know about it (causes and how to prevent it).

Your password reset link appears to be invalid or expired.

To use social login you have to agree with the storage and handling of your data by this website. %privacy_policy%

Don't miss out on new posts!